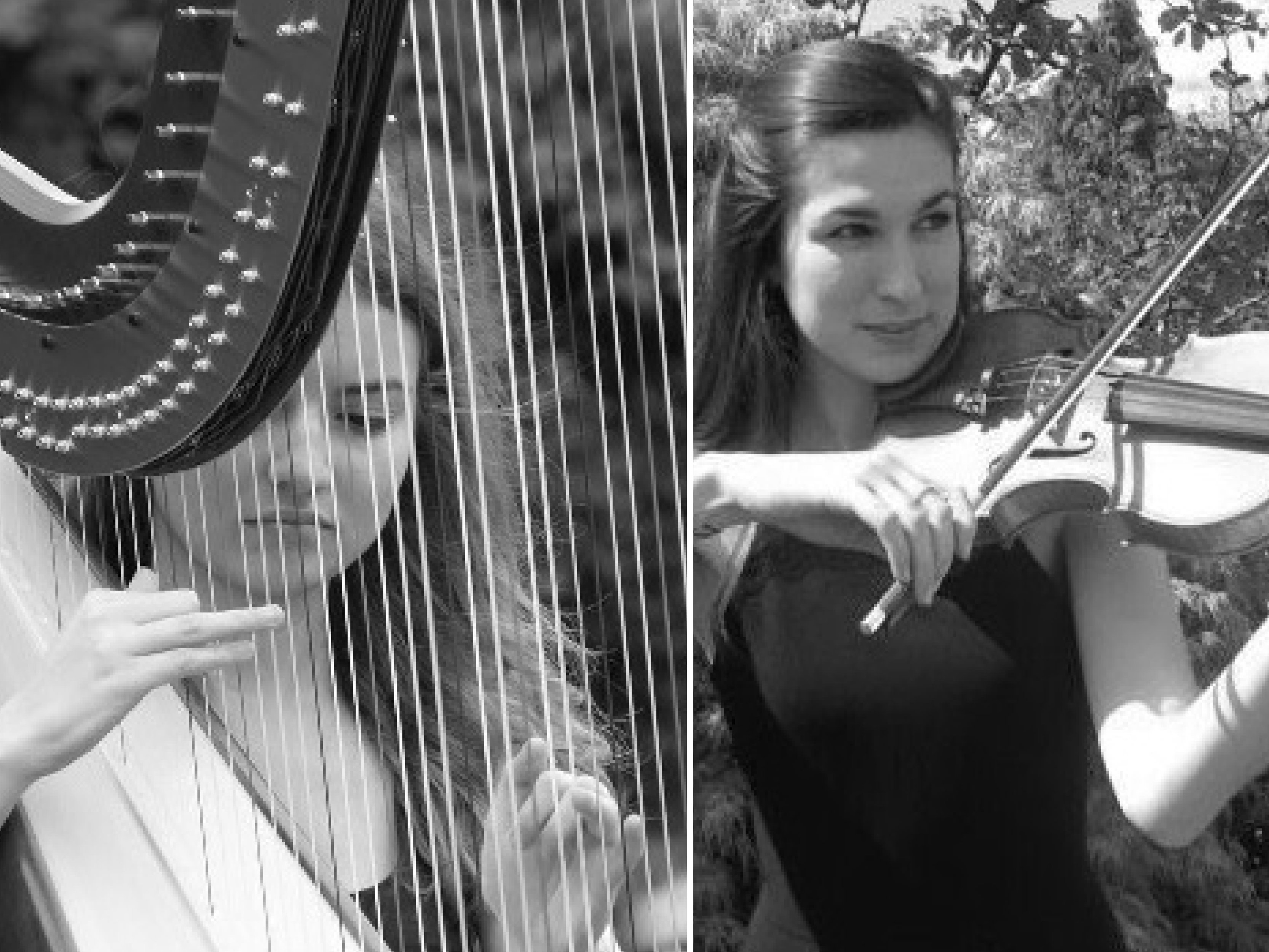 Recital by Duo Azure from the Royal Northern College of Music.

The recital will be 2 x 45min halves with a 15 minute intermission.  There will be refreshments available.

Becki is a music graduate from The University of Manchester, currently studying for her Master’s at the Royal Northern College of Music under the tuition of Eira Lynn Jones.

During her undergraduate degree she enjoyed a wide variety of ensemble opportunities including a harp and flute duo, work with choral ensembles, musical theatre productions and session work within acoustic band settings. Most recently she has performed with the Piccadilly Symphony Orchestra in both a live film scoring project, and alongside comedians Jason Manford and John Bishop at The Bridgewater Hall.

Becki has a passion for outreach work, and has recently been involved with Streetwise Opera Manchester’s Easter production. She has also been involved in the RNCM’s Young Performer’s series, performing with an orchestra to introduce children to the classical music world. She is passionate about communicating the versatility of the harp and regularly works alongside the RNCM’s Young Harp scheme, teaching and assisting new harpists as they are introduced to performance in an ensemble setting.

Becki loves to discover and perform new contemporary works, and regularly works alongside composers to develop and expand the harp repertoire. She will be performing at the Wigmore Hall in May as part of their Tansy Davies concert series. She also recently won both the ensemble prize and the UKHA award for the best performance of a British work at the Camac London Harp competition as part of the Chroma Harp Duo.

Having graduated from Durham University with a first-class degree in Music, Rebecca is currently a postgraduate student at the Royal Northern College of Music, where she studies the violin under Catherine Yates. Whilst at the RNCM, Rebecca has enjoyed collaborative projects working alongside musicians from the Manchester Camerata, the Academy of Ancient Music and The Hallé, the latter under the direction of Sir Mark Elder.

As a chamber musician, Rebecca is a member of Duo Azure – a Manchester-based violin and harp pairing who give frequent recitals of classical and contemporary repertoire.

In December 2017, Rebecca was awarded the RNCM Salon Prize, having previously won Durham’s inaugural Soloists Competition. At Durham, Rebecca also performed Saint-Saëns’ Violin Concerto No 3 with the University Palatine Orchestra on their summer tour to Paris.

Additionally, Rebecca has a keen interest in music education and enjoys teaching both children and adults across Manchester.

Duo Azure appears by kind permission of the RNCM.